I am getting precariously close to surrendering on my long held view that Texas legislators have no business redrawing legislative and congressional boundaries every 10 years.

I used to speak often about the need for a non-partisan commission to do the job. It might prevent the kind of hideous gerrymandering of districts that are drawn with the intent of benefiting one political party at the expense of the other. 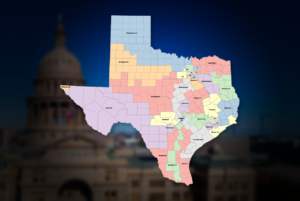 Take a look at the map above and you get a hint of the kind of thing I’m talking about. The 13th Congressional District, where I once was registered to vote, stretches from the top of the Panhandle way over to the Metroplex. Someone needs to tell me what in the name of “community of interest” the Metroplex has in common with the Panhandle. Yet the congressman, Mac Thornberry of Clarendon, is supposed to be well-versed and fluent in all aspects of the district’s varied issues.

While you’re at it, take a gander at that monstrosity aka the 15th Congressional District in South Texas and the two hideously drawn districts that run essentially parallel to it on either side north from the Rio Grande Valley.

Politicians aren’t going to give up the power they possess when they get to redraw these boundaries at the end of every decade. When the Census Bureau finishes counting all the residents of a state, then it falls onto that state the duty to realign congressional and legislative districts, all of which need to contain roughly equal numbers of residents.

I cannot get out of my head something that the late state Sen. Teel Bivins, an Amarillo Republican, once told me. He said he hated redistricting with a passion, but noted that his legislative colleagues weren’t about to surrender the task to someone else. He then said the exercise demonstrates how “Republicans eat their young.” I don’t know exactly what he meant by that. To my way of thinking, the duty illustrates how politicians of one party eat the “young” of the other party!

It’s a process few of us understand. The latest Texas redistricting effort is facing a court challenge by those who allege that the boundaries were drawn to discriminate against minorities and Democrats. We’ll see how it plays out.

The Texas Tribune has offered a fascinating analysis of the process. Read it here.

You well might be as resigned as I am becoming to the notion that Texas politicians who hate the process of redrawing those lines just cannot live without the headache. 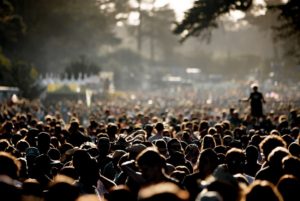 Now comes word that the Census Bureau is going to toss in a ringer of a question. It’s going to ask residents if they are American citizens.

The outcry from so-called “blue states” — those states that tend to vote Democratic — has been loud and expected. But then there’s this from the Texas Tribune: Texas could suffer, too, even though Texas remains a solid “red state” that favors Republicans.

The Census Bureau appears to be on the hunt for illegal immigrants. Asking the citizenship question is likely to dissuade residents from filling out the Census questionnaire, thus depriving states with large numbers of undocumented residents of the representation they have in Congress.

The House of Representatives is apportioned every decade based on states’ population. Texas has been one of the country’s fastest-growing states. Thus, its House representation has exploded along with its population.

As the Texas Tribune reports: Hispanics and poor people are already harder to count — whether there’s a citizenship question in place or not. Census tracts with lower-than-average response rates tend to have higher Hispanic and/or poor populations. Opponents to including a question on citizenship contend it will further increase chances of an undercount — particularly in areas with higher numbers of poor and Hispanic Texas residents.

I guess I should note as well that the citizenship question isn’t required by the U.S. Constitution, which does spell out the need to count U.S. residents every decade to determine each state’s congressional representation. This added question is an add-on that is going to diminish many states’ representation in the halls of power.

That many of them happen to vote Democratic suggests that the GOP-run executive branch of the government is putting the screws to “blue” states. This punishment is likely to make officials see “red.”

Today is Earth Day, a time we set aside to ponder the future of the planet and whether we humans are being careful stewards of this relatively tiny orbiting object.

Are we doing enough to protect it, and ourselves? I don’t think so but I pulled a resource book off the shelf to illustrate something I noticed some time back.

The World Almanac and Book of Facts is an invaluable font of information. I found this on page 734 of the 2013 edition:

The world is going to add 2.3 billion more people between now and 2050, according to data collected from a number of credible sources, such as the U.S. Census Bureau, U.S. Department of Commerce and the International Programs Center. The world has roughly 7 billion inhabitants now; the number zooms to 9.3 billion in the next 36 years.

Let’s look at an individual country to see just how dramatic this explosion can get.

How about, say, Nigeria? The population of Nigeria, a country in central Africa, is estimated at 170 million people. By 2050, the population there will is expected to explode to 402 million.

Why single out Nigeria? Consider that the country comprises an area of 356,669 square miles, which is about the size of Texas and New Mexico combined. The United States population, which stands at 310 million people today, is expected to climb to 422 million by 2050. The U.S. comprises an area of roughly 3.7 million square miles, the third-largest land mass on the planet.

Some countries will see population decreases in this period of time, according to the World Almanac. They are largely in the Far East and in Europe.

I mention Nigeria only to ponder out loud: How does a country with such relatively limited living space care for all those people? And what will this explosion of humanity do to the land that supports it?