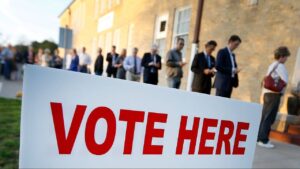 BLOGGER’S NOTE: A version of this blog was published originally on KETR-FM public radio.

Did someone suggest that Texas would be inundated by a “blue wave” of Democratic politicians seek public office in the just completed 2020 presidential election?

Wasn’t there a huge surge of anticipation that Democratic presidential nominee Joe Biden would win the state’s 38 electoral votes on his way to a landslide win over Donald J. Trump?

I believe that happened in the weeks running up to the election.

The president carried Texas by roughly 6 percentage points over Biden. To be sure, the Trump-Biden gap was narrower than the 8-point victory Trump scored over Hillary Clinton in 2016; what’s more, the most recent election was far tighter than the 16-point win that GOP nominee Mitt Romney scored over President Barack Obama in 2012.

But Texas Republicans no doubt can take heart in how solidly they held onto statewide and local offices when all the ballots were tallied.

I live in Collin County, long considered one of the state’s most reliable GOP bastions. The Trump-Biden gap was far narrower than the Trump-Clinton margin four years ago.

Congressional seats held by GOP members will remain in Republican hands. A key statewide race, for Railroad Commissioner, will stay in GOP hands. The Texas Supreme Court and the Texas Court of Criminal Appeals? They remain all-GOP judicial benches. Republicans will continue to control the Legislature.

Political pundits and analysts keep talking about the “changing demographics” that suggest an eventual swing from solid red to a much more competitive “purple” status for Texas. Indeed, it does appear that Texas might be turning into a more competitive state, with Republicans and Democrats competing harder for votes than they have done since the GOP took control of the state political structure more than 30 years ago.

Just how entrenched is the GOP in Northeast Texas. Consider this: The percentages that Donald Trump rang up against Biden in Hunt, Kaufman, Hopkins and Rains counties virtually mirror the margins he rolled up against Hillary Clinton four years ago. Interestingly, though, is what happened in Tarrant County, which is described colloquially as the state’s “largest conservative county.” It voted narrowly for Joe Biden over Donald Trump. Who knew?

So, whatever blue wave is set to wash over Texas – perhaps in the next election cycle of the one after that – seems to be a good bit away from soaking voters in Northeast Texas.

However, she makes an important point. The same “experts” who are predicting a “Blue Wave” in this  year’s midterm election also predicted a Hillary Clinton landslide victory in 2016. Conway, who was Trump’s presidential campaign manager, reminds us that the election didn’t turn out the way the “experts” predicted it would.

Her message? Don’t listen to the prognosticators because, she says, they don’t know what they’re talking about.

You haven’t heard me predict a Democratic wipeout of Republicans in 2018. I’ve expressed some hope it would happen.

Trump’s victory two years ago caught a lot of observers by complete surprise. I was one of them who was shocked and dismayed by what transpired in November 2016. It also taught me a lesson: Don’t ever in a million years count Donald Trump out when he’s in the middle of a political brawl.

I’m not sure about the size of the Democratic wave that is forming out there. The Brett Kavanaugh hearing about his confirmation to the Supreme Court supposedly galvanized and energized the Trump GOP “base.” It also did the same thing to the Democrats’ base as well.

The question: Which political “base” is more organized as well as being more passionate about who controls Congress?

I suggest we take Kellyanne Conway’s advice to heart and understand that the “experts” who thought Hillary Clinton would win just might be blowing smoke in advance of the midterm election.

Then again … I hope they’re right and Conway is wrong. 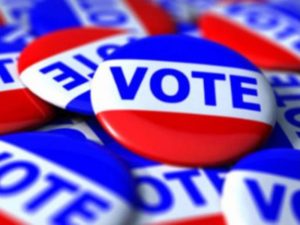 The “blue wave” that some folks thought was getting ready to wash over Texas didn’t quite build into an epic event on primary election night.

Despite some reported “surge” among Democratic early voters in 10 of the state’s largest counties, the primary election produced a Republican lead over Democrats in the number of total ballots cast.

The Texas Tribune reports that about 1.5 million votes were cast in the Republican primary, compared to about 1 million Democrats ballots being cast.

If you’re a Democrat, that’s the bad news.

The good news? Texas might be more competitive this year than it has been for the past couple of decades. Democrats are banking much of their party’s fortunes on a young congressman from El Paso, Beto O’Rourke, who’s going to face GOP U.S. Sen. Ted Cruz in the general election this November.

I won’t predict that O’Rourke will beat The Cruz Missile this fall; nor will I predict that he’ll even give Cruz a legitimate case of the nervous jerks as this campaign unfolds.

The serious uptick in Democratic Party primary votes, though, does suggest that the predicted flip from Republican to Democrat might be starting to take shape. Has it taken full form just yet? I won’t say that, at least right now.

Political analysts suggest that the state’s changing demographics, with more Latinos living in Texas, mean the state well could become much more Democrat-friendly than it has been since the 1990s. Republicans likely can lay the blame at the man in the Oval Office, whose campaign and governing rhetoric has managed to enrage many Americans with Latin American heritage.

The talk concerning a reported Democratic “surge” among early voters, though, didn’t translate to a surge among all Texans who voted this week. Maybe that will occur later this year.