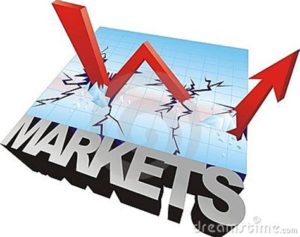 Donald Trump has this annoying, perhaps sickening, habit of taking credit when he doesn’t deserve it. He behaves a bit like many of his presidential predecessors in that regard, although they usually have done so with a bit more, um, style and subtlety.

Not Trump. Take the stock market, for example. He bellows, blusters and bloviates when then market hits all-time highs. He suggests quite openly that his policies are the cause of all that wealth.

Now, though, the wheels seem to be coming off that economic hay wagon. The Dow Jones Industrial Average has tanked . . . bigly! The bull market has turned bearish.

Where is the president now? Doesn’t he deserve to take the blame as well as hog all the credit? Are there factors above and beyond one man’s economic policy?

It’s just that with this president, you always can expect bluster when positive opportunities present themselves.

When it goes badly? Crickets, man! 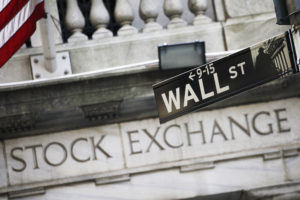 It happened this week yet again.

I commented on this strange reaction back in 2009. Here’s what I wrote then:

The earlier blog post questioned why those financial gurus standing in the balcony overlooking the trading floor were clapping after a measly 250-point drop in the Dow average.

Another set of financial types and perhaps a celeb were standing on that balcony clapping and grinning as if the Dow had gained 1,100-plus points rather than lost it.

I must conclude that they might know something about this latest financial collapse that the rest of us laypeople don’t understand.

Perhaps they foresaw what would happen today, that the Dow would gain back about half of what it lost Monday. The DJIA finished up a little more than 560 points today.

I’ll take it, folks. I also will accept that the podium cheering section had good reason to clap and grin today.