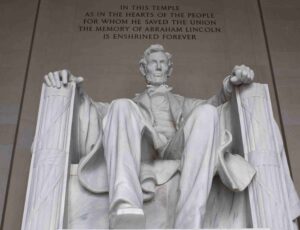 I posted an item on social media three years ago that asked a simple question.

What would Honest Abe, Teddy Roosevelt and Ike think of what’s become of the Republican Party? If only we could ask ’em.

I suppose I could add another great Republican. How about Ronald Reagan?

Donald Trump has managed to co-opt a once-great political party. The Grand Old Party has become the Gawd Awful Party under the leadership of an individual, Trump, who came into politics with no experience at any level of politics or public service.

He has turned the party into a cult of personality. It is most fascinating to me, given that he so openly expresses his respect and “love” for another individual who has turned an entire nation into a land full of cult of personality worshipers. Yep, that would be North Korea, led by Kim Jong Un, the overfed dictator who has managed to starve millions of his countrymen, women and children to death while he builds that massive military machine.

And yet this carnival barker/con man/clown show emcee has gotten away with it. Why? Because the party he purports to lead allows him to carry on this hideous fashion.

Then this guy sits at the foot of the statue of President Lincoln, arguably the greatest president of all — let alone the greatest Republican in U.S. history — and says the media treat him worse than it did Honest Abe.

What passes for today’s GOP stands silently as this imposter denigrates a free press and the memory of a slain president. 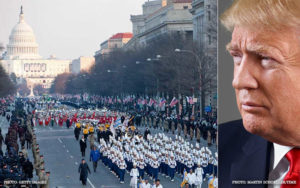 Some friends and a couple of family members have asked: Are you going to watch Donald Trump’s inaugural?

I don’t yet know.

I have made no secret of my disappointment in the outcome of the 2016 presidential election. Sure, my candidates have lost before. This one, though, feels different in a way I cannot yet define clearly and concisely.

It might be that I do not consider Trump fit or qualified at any level to become president of the United States. That’s not how it turned out at the ballot box. He collected enough electoral votes to win the election. That’s that.

The rest of them? Well, I don’t remember certain phrases, although I do recall all the presidents spoke of high ideals and grand goals.

I’m trying to imagine Donald Trump expressing himself in such a fashion. I’m also trying to speculate as to whether the 45th president will even be able to maintain his focus long enough to read the text on his Teleprompter; or will he spin off on one of those tangents, one of those stream-of-consciousness riffs.

My tendency has been to watch these speeches. I try to soak it all in. I seek to glean some sense of hope from the president.

With this guy Trump, though, such optimism remains a distant dream for me. His campaign was too steeped in anger, bigotry and exclusion for me to feel any sense that he ever can appeal to what’s best in Americans.

Inaugurals are meant to set a tone for the presidency. They are intended to give us hope. How in the world is Donald Trump going to deliver such a message after running the kind of campaign that propelled him to the highest office in the land? 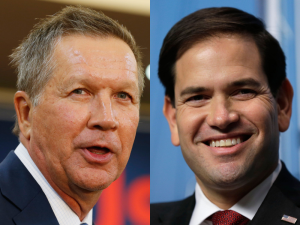 So help me, I cannot remember the last time a leading major-party presidential candidate has stoked so much fear among those within the very party he wants to lead into the next election.

Donald J. Trump’s emergence from the ranks of unthinkable presidential nominee to a possible nominee has been a sight to behold — not that I have enjoyed beholding it.

Fellow Republican, U.S. Sen. Lindsey Graham of South Carolina, has tossed out an idea that (a) won’t go anywhere but (b) has some within the party actually considering it.

Graham suggests that Ohio Gov. John Kasich and U.S. Sen. Marco Rubio of Florida ought to declare themselves a “ticket” to head off a Trump nomination. Graham — once a presidential candidate himself — doesn’t care which of them would head the ticket. He just wants two of the remaining five GOP presidential candidates to form an alliance to blunt the Trump charge.

There have been other “insurgencies,” to be sure.

Did the Democrats conspire against the candidacy of Sen. Eugene McCarthy and then Sen. Robert F. Kennedy when they challenged President Johnson in 1968? What about the 1976 GOP insurgency of former Gov. Ronald Reagan, who sought to wrest the nomination from President Ford?

The very idea that the Republican Party could actually nominate someone with Trump’s background — as a reality TV celebrity, real estate mogul, and someone who’s boasted about his sexual exploits with women who were married to other men is sending the GOP “establishment” into apoplectic spasms.

Take a moment. Roll that around for a bit and consider what it really means to a once-great political institution.