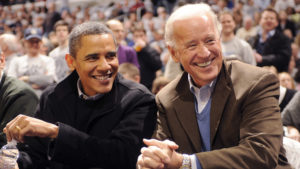 As I watch the political landscape take shape heading into the 2022 midterm election, I cannot help but think of what happened in 2010.

What’s that, you ask? Here’s what happened.

President Barack Obama took office in 2009 and got to work repairing the economic free-fall that was occurring while getting Congress to approve the Affordable Care Act.

Congress spent a ton of money to fix the economy and it approved the ACA by a narrow margin. The 2010 midterm election loomed. Republicans were loaded for bear. They delivered what Obama said was a “shellacking” by taking control of the House of Representatives.

President Obama wasn’t disheartened. He ran for re-election in 2012 and with the wind blowing in his face, he defeated Mitt Romney by a comfortable margin.

Obama’s approval rating wasn’t ever all that great. Yet he served two successful terms as POTUS.

Now comes President Biden facing the wrath of voters. The GOP might be poised to deliver another pounding to the president and his party next year. Does that mean the end of the Biden presidency? Does it deliver a mortal wound to his agenda? Does it set the stage for a Republican victory in 2024? No, no and no!

I will hold out hope that the GOP in its current configuration — the party has turned into a cabal of cultists — will turn off enough voters to forestall any more coup attempts such as the one launched by the most recent Republican POTUS.

Let us hope for the best … shall we?