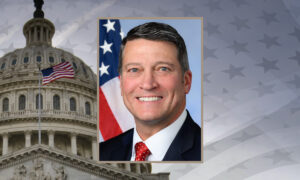 Ronny Jackson has me scratching my noggin bloody. The newly re-elected freshman U.S. representative from Amarillo has emerged as one of the nation’s premier MAGA election denying nut jobs in Congress.

And to think he represents what used to be my congressional district, where my wife and I lived for 23 years before we moved to the Metroplex.

What drives me just this side of the funny farm are his incessant Twitter messages questioning President Biden’s fitness for office. Indeed, I have wondered about Jackson’s fitness for the office he occupies.

It staggers me as well to believe the residents of the13th Congressional District would re-elect this guy, let alone elect him in the first place in 2020.

The 13th District was represented for the entire length of my journalism career in Amarillo by Republican Mac Thornberry of Clarendon. Thornberry was a back bencher for much of his time in Congress. Then he earned the chairmanship of the House Armed Services Committee. For a time, Thornberry occupied a ringside seat of military policy, and he did his job with a huge measure of dignity and decorum I do not see in the individual who succeeded him.

What I continue to see in Jackson are the antics of a raving lunatic. I know that sounds strange to say, given that Jackson is a retired Navy admiral and is a former physician who served two presidents: Barack Obama and Donald Trump.

Since being elected to Congress after moving into the 13th District, though, Jackson has gone mad. He is a frequent guest on the Fox Propaganda Network, spouting the trash about Joe Biden –without, of course, ever being challenged by his interviewers.

Whenever I read a tweet from Jackson that accuses the president of being everything but the spawn of Satan, I cannot stop wondering: What in the world would Jackson do if the 13th Congressional District needed a presidential declaration in the case of dire emergency? Would he ask for it?

It is as if Jackson is burning every bridge there is between the congressional district he represents and the White House.

I just don’t get it.