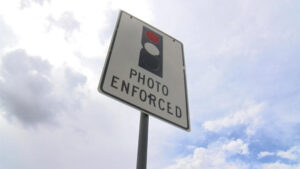 This bit of news saddens me, even though I no longer live in the city I once called home for more than two decades.

Amarillo is shutting down its devices installed to protect motorists and pedestrians from those who disobey street signals that order them to stop. The city’s traffic department is dismantling its red-light cameras in accordance with a Texas Legislature mandate that prohibits cities from deploying them.

The Legislature had allowed cities that had the cameras in operation to keep using them until their current contracts expired. Amarillo’s contract has run out. The cameras are coming down.

It’s not that I want Big Brother involved in regulating our lives. It is only that in this instance, the cameras helped deter dipsh** drivers from breaking the law.

The most ridiculous argument against the cameras came from a lawyer friend of mine who argued that the cameras are an “invasion of privacy.” To which I reminded him that when you operate a vehicle in an unsafe manner on public streets, you surrender whatever “privacy” you thought you had.

I am reminded of what a former city council member, Ellen Green, once admonished critics of the cameras. “If you don’t want to pay the fine, then don’t disobey the light,” she said … or words to that effect.

I understand that the cameras did reduce the instances of red-light running in Amarillo. The city once thought they were important enough to install. I just wish the Legislature would have allowed cities to make these decisions for themselves.