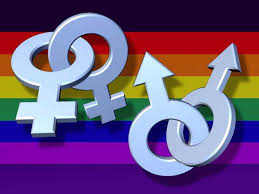 The U.S. Supreme Court is feeling its Wheaties today after handing down a ruling that effectively ends legalized abortion in the United States of America.

It’s a dark day in American juris prudence, at least as I see it.

But … here’s some real bad news: The nation’s highest court now could be feeling so emboldened that it will take dead aim on such constitutional guarantees as the right to marry someone of the same gender as you.

Let’s ponder that for a brief moment.

Then the Supreme Court, in a stunning decision just a few years ago, declared that the Equal Protection Clause of the 14th Amendment applied to same-sex couples as well as straight couples, that everyone in this country is entitled to “equal protection under the law.” The ruling was hailed as huge step toward recognizing gay marriage as legal.

It has now been established as “settled law.”

The court might believe it is ready to impose its own form of morality on a nation well could have an entirely different view. The gay marriage ruling has been essentially hailed as a victory for inclusion of all Americans under a constitutional clause that many had believed had excluded them from its protection.

Is the Supreme Court really prepared to walk down that path, just as it has decided that Roe v. Wade, the decision that had been settled law for 50 years, now no longer is valid?

Folks, we well might have a U.S. Supreme Court that is preparing to run amok.