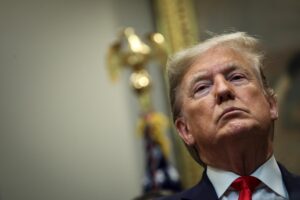 If we are to believe the New York Times reporting on this matter — and I do, generally — then it appears that Donald J. Trump will dodge the indictment bullet in the Manhattan district attorney’s office.

The newly installed DA, Aaron Bragg, appears to be closing up shop in his investigation into the Trump Organization’s business dealings. Many of his chief assistant prosecutors have quit the office. Bragg isn’t inclined to pursue the former POTUS any further.

However, it could be argued that without the NYC prosecutor’s office going full tilt on its investigation, the AG’s office might be caught with fewer evidence-gathering tools at its disposal.

Nor does this mean that the 1/6 investigation ongoing in the U.S. House of Representatives is going to flicker out and die. House intel committee chairman Bennie Thompson plans to commence public hearings in June on his panel’s probe into the insurrection. U.S. Attorney General Merrick Garland is standing by with possible plans to take legal action against all sorts of players from the Trump administration. Hmm, maybe even against The Donald himself?

Oh, one more thing. We have that probe going on down yonder in Fulton County, Ga., where legal eagles are investigating whether Trump broke state law by demanding election officials to “find” enough votes to turn that state’s 2020 presidential electoral result from Joe Biden to Trump.

The plot is still pretty damn thick, even if the Manhattan DA is bowing out.