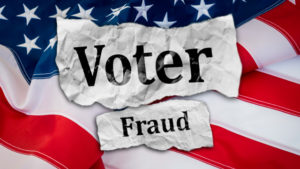 Just as he did by accusing the media and others of peddling “fake news,” Donald Trump is engaging in another form  of irony by insisting the 2020 election was “rigged.”

The 45th POTUS was the master of peddling fake news. He kept up the lie about President Obama’s birth and whether he was qualified to run for the presidency. He talked about losing all those “friends” during the 9/11 attack but there is no record of him attending a single funeral for a victim of the terrorist attack.

And yet he keeps accusing others of telling fake news? Amazing.

Now he is trying to “rig” an election that was in no way on Earth “rigged” to elect Joe Biden as president. He asked the Georgia secretary of state to “find” enough votes to swing the state that Biden won to his own column.

To think that there are Americans walking among us who actually believe this crap. Amazing!