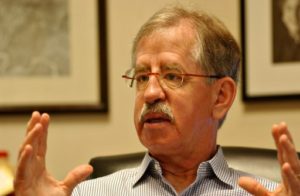 A now-deceased Republican state senator from Amarillo, Teel Bivins, once told me why he allegedly hated the once-every-decade chore that fell to the Legislature: redistricting.

He said it provided “Republicans the chance to eat their young.”

I am not not at all sure what Bivins by that quip. I wish now I had asked him in the moment to explain himself. But … whatever.

The next redistricting effort is about to commence in Austin. Texas is going to get two more U.S. House seats, thanks to rapid population growth, particularly among those of Hispanic descent.

What happens over the course of the next 30 days or so is anyone’s guess. Texas Republicans run the Legislature. They’re going to draw those districts in a way that enables them to keep a firm grip on power. Hey, it’s part of the process. Democrats did the same thing when they ran the Legislature.

The GOP lawmakers are going to gerrymander the living daylights out of these districts. They’ll bob and weave along streets in order to keep as many GOP-leaning voters as possible within certain legislative or congressional jurisdictions.

Bivins once talked about the need to seek “community of interest” districts. He once told me of his disliking the gerrymander process. He didn’t do anything to stop it, as near as I can recall.

You may count me as one American patriot who thinks that gerrymandering stinks to high heaven. I also believe the Legislature ought to give this task up to an independent, non-political body. That’s just me talking.

As lawmakers said in a lengthy article in the Sunday Dallas Morning News, this process is as “bare-knuckled as it gets” in Austin.