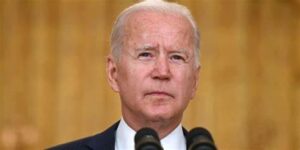 Rhetoric uttered in anger and pain, while we are grieving, does at times develop a certain staying power.

Right after 9/11, President Bush stood amid the rubble of what once were the Twin Towers in New York City, draped his arm around a firefighter and told the world through a bullhorn: “I hear you and the people who knocked these buildings down will hear all of us soon.”

Twenty years later, 13 American servicemen and women died when an Islamic State suicide bomber detonated an explosive device at Kabul airport where the United States has been conducting an evacuation of U.S. citizens and Afghan allies.

And so, there you have yet another statement for the ages born out of extreme anguish and pain.