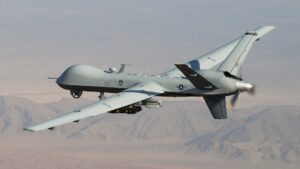 Although I stand firmly behind President Biden’s decision to end our military involvement in Afghanistan — despite the horrifying rollout of the evacuation plan — I remain concerned about one aspect of our post-Afghan policy and posture.

It’s that “over the horizon” strategy the Pentagon, the White House and the intelligence community plan to employ to protect us from terrorists.

We went to war in Afghanistan 20 years ago to rid the nation of the Taliban hosts who gave al-Qaeda safe haven from which to plan and then launch an attack on 9/11. We rid the government of the Taliban. Now we’re giving it back to them. Wise call? Ultimately, it will save us lives, heartache, misery … not to mention money.

How do we plan to conduct intelligence-gathering in Afghanistan with no physical presence on the ground? President Biden assures us we have assets and know-how and resources to confront terrorists if they emerge to pose threats to us.

Thirteen of our military personnel died in that horrific suicide blast the other day. Joe Biden pledged to make ISIS “pay” for its act of terror. We struck ISIS with a drone strike, killing a couple of terrorist planners. Americans should applaud that effort. However, we still have human beings on the ground there.

In just a couple of days our presence will be gone.

What happens then? I know we have the best intelligence gatherers on Earth. Our director of national intelligence, Avril Haines, is among the best of the best at what she does. I retain faith in her ability and in those at the top of the Pentagon chain of command.

They will have to be on top of their game 24/7 … likely forever, if we’re going to remain safe from terrorists intent on doing bringing harm and misery to our shores.

I just hope they can do so “over the horizon.”