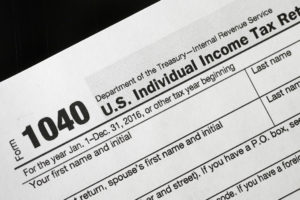 Well now. A lawyer for the former Cheater in Chief says he will fight the order to release his client’s tax returns to Congress.

Who could have seen this coming? Oh, I don’t know. Just about … everyone!

According to The Hill: “There is no evidence of any wrongdoing here and I object to the release of the returns not only on behalf of my client but on behalf of all future holders of the office of the president of the United States,” Ronald Fischetti, a lawyer for (Donald) Trump, told The Wall Street Journal.

Think about the irony of that statement for just a moment.

“No evidence of any wrongdoing here.” That’s what the legal eagle says. My question is straightforward: If there’s “no evidence of wrongdoing,” then what in the world is the reason for withholding those returns, for keeping them from public view?

The custom of releasing those returns arose from the Watergate scandal of 1973-74. Suspicion was rampant throughout the land about politicians’ wealth. Beginning with the 1976 presidential election, candidates of both parties agreed to release their income taxes to show the public they had nothing to hide.

To be sure, plenty of mega-rich individuals have sought the presidency in the more than 40 years since that time. For instance, Mitt Romney, the Republican presidential nominee in 2012, released his tax returns without a whimper.

The custom has held up over time. Then along came the 45th POTUS, who ran for the office in 2016. When he initially balked at releasing his returns, alarm bells began sounding all over the place. What’s he hiding? Is he as rich as he says he is? Are there business dealings he doesn’t want us to see? How much has he donated to charity? Is he paying his fair share of taxes?

The last question perhaps is the most pertinent, given that a president — along with Congress — helps set tax policy that forces all Americans to pay their share of taxes. I don’t know about you, but I want to know whether the president is doing his part, too, in paying for the government.

Of course, the 45th POTUS’s business dealings have become the subject of civil and criminal investigations. The former Liar in Chief said the feds are auditing his tax returns, so he can’t release them. The IRS says that’s malarkey.

Now his lawyer pledges to fight. Good luck with that. The former POTUS no longer can use the power of his office to stonewall what look to me to be legitimate requests to see his tax returns.