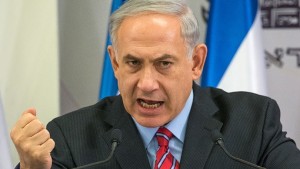 Benjamin Netanyahu is one of the world’s greatest enigmas, in my humble view.

The soon to be former prime minister of Israel toes a hard line against Palestinians, against the terror groups that hide among them, and to the security of his nation. I understand Netanyahu’s concern about Israeli security.

I spent more than a month there in the spring of 2009. I saw up close what Israelis face daily, being so close to nations that at various times either have wanted to destroy Israel or have actually gone to war with them to achieve that end. I mean, they require new homes to have fortified bomb shelters built in.

I sought an interview with Netanyahu while we were touring the country. He was too busy to meet with me, then a working daily journalist. Oh, well.

A coalition government has formed that will remove Bibi Netanyahu from office. He is going out with some rhetorical fire in his nostrils. He is criticizing President Biden for reasons that escape me, given the president’s long-standing support of Israel; it might have something to do with Biden’s insistence on a two-state solution to find peace with the Palestinians.

Netanyahu is Israel’s longest-serving prime minister. He has made plenty of enemies along the way, allowing the construction of Israeli home in the Palestinian-occupied West Bank. That is where my feelings conflict about Netanyahu. While I support the man’s insistence on protecting Israelis against Palestinian terrorists, I have difficulty with this move toward encroaching even more deeply into Palestinian territory with construction of homes for Israeli families. It’s as if he is picking a needless fight.

I am heartened by the belief that Israel will survive this huge power change. It is a beautiful, thriving and progressive country. It serves as something of an oasis in a parched and desolate region. I want them to succeed, as I have many friends there. I wish only peace for them.

It well might inch its way toward a permanent state now that Benjamin Netanyahu, a chief antagonist, is being pushed aside.

One thought on “Netanyahu is out!”