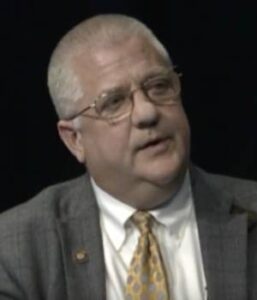 Oregon’s state legislators have demonstrated some rare political courage and they have made this native Oregonian quite proud of them.

Oregon House members voted 59-1 to expel state Rep. Mike Nearman of Independence, Ore., for disorderly behavior after he let rioters into the State Capitol to protest the state’s response to the COVID pandemic. The event occurred Dec. 21. Nearman, a Republican, was caught on video allowing rioters into the Statehouse.

Many of the mob members were carrying banners supporting the previous POTUS. Some of them spouted QAnon conspiracy theories. They posed a direct threat to the Legislature, which was meeting at the time. The Capitol had been closed to the public because of safety concerns.

That didn’t matter to Nearman, who opened the door to the mob.

The expulsion is the first for Oregon in its 160-year history.

Meanwhile, other state legislators elsewhere — not to mention members of Congress — are demonstrating wimpiness in the extreme as they fail to take action against those who promote the kinds of violence we have witnessed in this pandemic and post-election age.