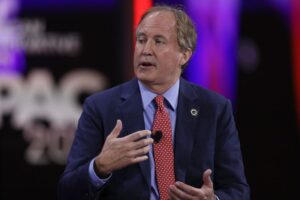 Are you really surprised that this item has splashed its way onto the news cycle?

The State Bar of Texas is examining whether Texas Attorney General Ken Paxton’s frivolous lawsuit seeking to overturn the results of the 2020 presidential election constitutes an offense worthy of his disbarment.

Paxton sought to reverse the results of the election in four states that voted for President Biden over the Republican incumbent president. The U.S. Supreme Court tossed the lawsuit with nary a word, contending that Paxton had no standing to file such a lawsuit.

Kevin Moran, the 71-year-old president of the Galveston Island Democrats, shared his complaint with The Associated Press along with letters from the State Bar of Texas and the Board of Disciplinary Appeals that confirm the investigation. He said Paxton’s efforts to dismiss other states’ election results was a wasteful embarrassment for which the attorney general should lose his law license.

“He wanted to disenfranchise the voters in four other states,” said Moran. “It’s just crazy.”

Yep. It’s crazy, all right. It also served to embarrass Texas in front of the entire world! It suggested to many of us that the AG’s fierce fealty to the former president blinded what passes for his better judgment.

So, here we are. The state’s top legal eagle is awaiting trial in state court on securities fraud allegations; the FBI is probing a whistleblower complaint of wrongdoing brought by several former top AG’s office lawyers; now the State Bar is looking into whether the attorney general should be stripped of his license to practice law.