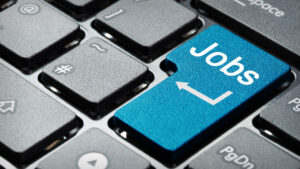 The private non-farm sector generated “only” 266,000 jobs in April, said the Labor bean counters. There had been projections of a million plus such jobs.

What was the response from President Biden? He said the relatively skimpy job growth means the government must do more to stimulate an economy crushed by the COVID pandemic.

I agree with him … to a point.

The jobs figures signal a need to approve something akin to the infrastructure/family/jobs package that Biden has presented to Congress.

I am not sure that we need to receive yet another round of “stimulus checks” to boost the economy.

Don’t get me wrong. My wife and I appreciate the aid we got from the government already. The $2,400 we received during the last year of the Trump administration and the $2,800 we received shortly after Joe Biden took office both have gone a long way to easing any difficulty in our home.

However, I remain a deficit hawk. I am fearful of the enormous deficits being run up during the current federal budget year. I want there to be more economic aid, but I also want it to come in the form of boosting tax rates for mega-wealthy Americans and corporations who find a way to avoid shouldering their share of the tax burden.

As for the infrastructure portion of the Biden package, by all means let us put people to work building and rebuilding our roads, bridges, airports and seaports. President Biden has thrown out an interesting idea, to re-create the Civilian Conservation Corps established during the Franklin Roosevelt administration as a way to rid the nation of the Great Depression. Let’s have that discussion, too.

I am not panicking just because one month’s job numbers didn’t measure up to what the brainiacs had predicted. I urge our government leaders to avoid pushing the economic pedal to the metal full bore.