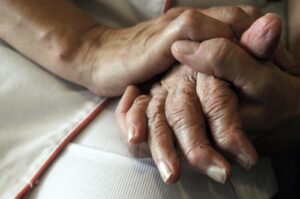 Every now and then, a celebrity of considerable note announces he or she is “retiring” from public life. You want to know why. Well, the latest such high-profile retirement comes from famed naturalist Jack Hanna, who this week has announced he is suffering from dementia that has progressed into Alzheimer’s disease.

This one hits me straight in the heart.

I once declared my intention to speak to this issue on my blog. My mother died of Alzheimer’s complications. That was nearly 37 years ago. She was 61 years of age when she left us.

Jack Hanna’s ailment is sure to bring attention once again to this killer. It has afflicted 6 million Americans; the number of Alzheimer’s victims is expected to triple in the next three decades.

What receives precious little attention to this disease, though, is the impact it has on family members of those who are caught in its merciless grip. So, for every single Alzheimer’s disease patient who is battling this monstrous killer, it affects those near them. The effect is profound. Take my word for it.

Do we devote enough attention to Alzheimer’s disease or related dementia? No. We don’t. Our society is aging. This disease is a tragic consequence of advancing years.

Celebrities would gather and sing songs to raise money for AIDS research. They have raised money to help the homeless and the hungry. Crowds are marching against discrimination and hatred against racial and ethnic minorities. These are noble and worthwhile causes.

No one appears to be doing these things to fight a killer that is as merciless and cruel as anything one can imagine.

We must do more at every level to fight dementia at all levels.

The latest celebrity’s affliction will call appropriate attention once more to it. I will pray not just for Jack Hanna, but also for those who love him.

One thought on “Jack Hanna adds face to heartache”