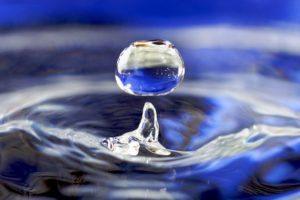 It is time to offer a word of thanks and gratitude for the folks who push and pull the levers at Princeton (Texas) City Hall.

My wife and I received our most recent water bill from the city. It showed a significant decline from the previous months. I looked at the bill closely and couldn’t find a readily identifiable reason for the decline.

So … I called the utility billing office at City Hall this morning. I asked a nice lady named Glenda, “Why is my water bill down so significantly from the previous month?” She responded, “The city gave everyone in Princeton a $30 credit on their water bill.”

She didn’t need to explain. The city water system went down for a couple of days during that terrible snow/ice storm that pummeled North Texas for the first half of February. The water treatment plant was powered by the electrical grid that damn near collapsed.

Fortunately, the city got the plant running after two days. The pressure took time to build and the city issued a boil-water advisory, which stayed in effect for three or four more days after service was restored.

“So, this credit was a sort of courtesy that the city extended to us. Is that right?” I asked. Glenda said yes.

Princeton is still a pretty small town, but one that is turning rapidly into a much larger town. Its census is likely to triple from the 2010 count of 6,807 residents when the Census Bureau releases the 2020 count soon. Its water is administered by the North Texas Municipal Water District.

I just feel the overwhelming need to call attention to the “courtesy” that the city and the NTMWD extended to us here. We endured a short-lived, but still miserable, period of time during that winter storm.

I am one red-blooded Texas taxpayer who is grateful that local government officials demonstrated some old-fashioned common decency in helping us recover from it.

One thought on “Local government responds”