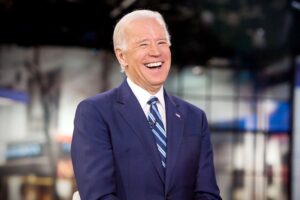 I am going to stand firmly and stand tall (to the extent that I can do that) behind my belief that President Biden’s lengthy history as a legislator will serve him well as he seeks to advance his policy agenda.

Joe Biden spent 36 years in the U.S. Senate before being selected to run as vice president with Barack Obama in 2008. The Obama-Biden ticket, of course, won that election and served two successful terms leading the executive branch of government.

Joe Biden, though, was a man of the Senate. He built friendships and alliances across the aisle. He worked well with Republicans as well as with his fellow Democrats.

Now that he is president, he brings that extensive knowledge of (a) the leaders of the legislative branch of government, (b) of how the legislative system works and (c) the language that members of both congressional chambers speak to each other.

That’s not important? Of course it is!

President Biden is the most legislatively accomplished president since, oh, Lyndon Baines Johnson.

This is worth mentioning once again as Joe Biden begins crafting a strategy to enact a massive — and I mean gigantic — infrastructure bill.

To be sure, he will deal with a Republican minority in the House and Senate that is still chapped at having lost their majority and at Biden whipping Donald Trump’s keister in the 2020 election. I am going to retain my faith that President Biden’s legislative experience will hold him in good stead as he moves his agenda forward.

I do like Joe Biden’s style of leadership. He seeks to remind us of the good work that government can do for us. We need help fighting the pandemic. Our economy needs a big push. The federal government is a monstrous, often cumbersome machine. It needs a president who knows which levers to pull, which buttons to push.

We have one on the watch now.

One thought on “It’s now Biden the Legislator”