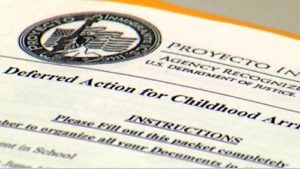 He pulled out his pen and began signing executive orders that sought to reverse some of the policies enacted by his predecessor. So it begins.

I want to talk briefly about one of the issues that Biden deems critical to the nation: immigration.

He has breathed new life into the Deferred Action on Childhood Arrivals program nixed by the 45th president. The axing of DACA didn’t quite take hold, as the courts have intervened to keep it alive, albeit on life support. President Biden signed it back into the real world today while sitting in the Oval Office.

DACA, of course, is the program initiated by President Obama that granted a form of temporary amnesty to those U.S. residents who came to this country illegally as children. Their parents brought them here to seek a better life; they did break the law by sneaking into the country illegally, but the children who came with them didn’t deserve to be deported because of something their parents did.

Obama sought to grant them a reprieve from deportation. His successor nixed that notion. Now comes President Biden to revive DACA once again. Moreover, he is planning to introduce a comprehensive immigration reform package that seeks to fast-track citizenship applications for millions of immigrants who want to become U.S. citizens.

We are a nation of immigrants, for criminy sakes! Our founders all came here from across The Pond. The rest is history. We have welcomed immigrants through the many decades since. Then came a president who immediately characterized those seeking to come here from Latin America as “murderers, rapists and drug dealers.”

Do I want to enforce immigration laws? Of course I do! Those who sneak into this country to do harm should be arrested, prosecuted and kicked out. However, those who come here because they happen to be children of those who came here illegally deserve some compassion and understanding.

The U.S. of A. is the only nation they know. DACA seeks to give them a chance to seek permanent legal resident status or citizenship.

President Biden seeks to give them that chance.