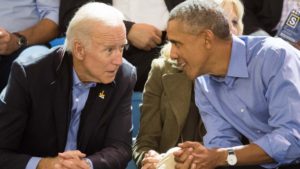 CNN political analyst Chris Cillizza listened to Barack Obama peel the bark off Donald Trump’s hypersensitive hide Wednesday and came away with what he believes is the former president’s most cogent line about his successor.

I admit to being worn out by Donald Trump. Every single day of the presidency on this individual’s watch has been exercise in “Can he top the previous day?” Sadly, Trump has managed to do it.

I don’t want, as President Obama said, to awaken every morning wondering what in the world the president has done to cast a pall over this nation.

I want normal behavior in the president. I want Joe Biden to restore the dignity that used to personify the office.