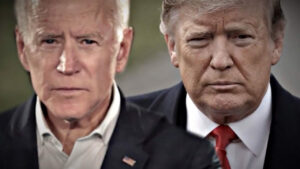 I wasn’t quite 11 years of age in 1960 when Vice President Richard Nixon faced off against Sen. John F. Kennedy in that history-making first-ever televised presidential debate.

Those who watched the debate deemed Kennedy the winner; those who heard it on the radio declared Nixon the winner. The TV version proved decisive and Kennedy went on to win the presidency.

We’re going to have another possibly history-making joint appearance Tuesday. It will feature former Vice President Joseph Biden against Donald Trump, the current president of the United States.

Were the Biden team ask my advice I would tell them simply this: Go hard after Trump but do not get caught up by the insults and innuendo that Trump is sure to fire at you regarding the business dealings of your son, Hunter.

Donald Trump has provided a treasure trove of hideous declarations, assertions and lies that Biden to fire back at him. I would encourage the former VP to go on the attack. Do not let up. Do not give Trump an opening to launch into one of those riffs that his “base” just eats up.

I don’t expect this debate to have quite the gravitas as that first Nixon-Kennedy encounter. Those men had two more debates in 1960; they became increasingly contentious. Biden and Trump will meet three times as well. I expect fully that their encounters will become angry to the point of bordering on outright rage.

My fondest hope is that Biden keeps his cool, stays focused on Trump’s hideous record compiled during his term in office and remains … and exposes Trump to be the phony so many of us know him to be.

2 thoughts on “Go hard after him, Mr. Biden”