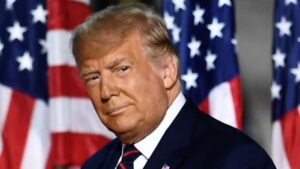 Donald Trump has been nominated officially for the Nobel Peace Prize. The nomination comes from a right-wing Norwegian politician who thinks the U.S.-brokered peace deal with Israel and the United Arab Emirates is just, well, the greatest thing to happen this year on Earth.

As you can imagine, U.S. conservatives are excited about it; U.S. liberals are, shall we say, aghast. And you no doubt can guess that the Twitter-verse went bonkers over the nomination. Trump went nuts, too, according to The Hill: Trump shared the news of the nomination in at least 15 different tweets and retweets with his nearly 87 million followers on social media.

Count me as one of those who is horrified at the prospect of Trump getting this award.

You see, here is what I project happening. Trump’s political campaign is going to use the nomination as grist to pitch for his re-election. Then we’ll have to hear from Trump himself bragging about it.

Take this to the bank, too: He’ll just have to mention the Peace Prize that President Obama received at the beginning of his two terms in office. Obama himself has noted that the award at the time seemed a good bit, um, premature. The Nobel Committee, though, sought to honor the new president on the hope that he would bring worldwide peace. I am willing and able to acknowledge that President Obama didn’t leave us a more peaceful world when he exited his office in January 2017.

I just want this election to arrive on time. I want Donald Trump to be gone. I no longer want to hear his voice. Nor do I want to see his puss on my TV screen.

And I certainly do not want to hear him yammering and yapping about a Peace Prize nomination. Hey, maybe he’ll talk the Nobel committee out of awarding it to him just because of his incessant blathering.