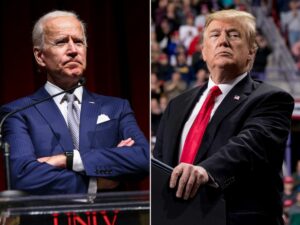 I want the media to dial it back. Why? Because it is beginning to fill me with a sense of hope that might not hold up as we head down the stretch toward Election Day.

My memory is vivid on some things. One of those matters involves what the media reported at this stage of the 2016 campaign. They said Hillary Clinton would cruise to an easy election.

I bought that narrative four years ago. I was so confident that I attended an election-night watch party with my wife at some friends’ house in Amarillo. We went there expecting Hillary Clinton to make a victory speech upon getting the concession call from Donald Trump.

I am acutely aware that Joe Biden doesn’t carry nearly the negative baggage that Clinton did against Trump. I also am aware that much of Trump’s message that sold against Clinton is hitting the deck with a thud against Biden.

We have an economy in collapse, the nation’s response to the pandemic has been disastrous. Trump is campaigning against his own record as president, if you allow me to parse the rhetoric he keeps using.

I know the media have a role to play and a job to do. Part of all that is to tell us what the polling is telling us about the race as it develops. It’s just making me nervous.