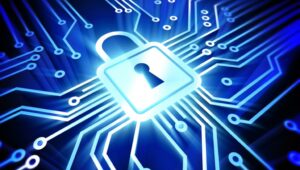 If you’re the president of the United States and your intelligence gurus give you information about a hostile foreign power’s effort to undermine our electoral system, you would want to blow the whistle on the foreign power. Isn’t that right?

Not if you’re Donald John Trump, the current president.

He wants to keep it secret. He didn’t want Congress to know about a report from the intelligence community that Russia had launched another attack on our election. Trump was so adamant about keeping it secret that he fired the acting director of national intelligence, Joseph Maguire, because he had the nerve to spill the beans to congressional overseers that Russians are working to help Trump win re-election.

Nope, can’t do that, Joe. Trump then brought in a fierce loyalist, Richard Grennell, to become the new acting DNI. Grennell is going to do Trump’s bidding.

This is all being reported with extreme credibility by The New York Times.

Donald Trump is demonstrating to us all yet again how fundamentally dangerous he is as the president. He wants to obstruct Congress from knowing this information not because of any concern over the integrity of the electoral system. Oh no. His reason is because he fears that congressional Democrats are going to use this information against him as he campaigns for re-election.

How many ways does this guy have to demonstrate that he is interested only in his own political backside? How many times does he have to show that he cares next to nothing about protecting our political institutions against foreign interference?

How many times does he have to violate his oath of office in order for Republicans in Congress to become as enraged at this guy’s conduct as the rest of us?

I have to say it again, with gusto: Donald Trump is not fit to serve as president of the United States. The nation needs for him to lose the next election. The nation needs as well to be protected from this guy’s abuse of power.

Donald John Trump is an existential threat to all the values we cherish as a nation.