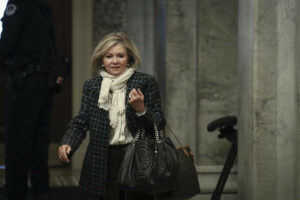 Now it’s Marsha Blackburn’s turn to etch her name onto my sh** list.

What has the freshman U.S. senator from Tennessee done to incur my wrath? She is questioning the patriotism, his loyalty to our country and the honesty of a decorated Army officer who has been wounded on the battlefield in Iraq.

Lt. Col. Alexander Vindman’s only sin, if you want to call it that, is to challenge some decisions made by the current president of the United States, Donald John Trump.

Sen. Blackburn has been on a monthlong tirade against Vindman. She calls him “vindictive” for suggesting that he believes it was wrong for Trump to ask a foreign government for a political favor.

She suggests that Vindman, whose parents fled the Soviet Union when he was a toddler, may be more loyal to Ukraine than he is to the United States. Wow! Amazing, if you ask me.

Never mind that Lt. Col Vindman is a highly decorated U.S. Army officer, that he thrust himself into harm’s way on behalf of this country. Or that he has professed his love of country and his dedication to public service by serving for as long as he has as a military officer.

I happen to be proud of the service that Lt. Col. Vindman has given to this country and I daresay that it vastly overshadows the service that most — if not all — of his critics have delivered.

Does that shield him from any criticism? Of course not! The criticism just needs to be deserved. So far, as far as I can tell, Marsha Blackburn has besmirched her own character.