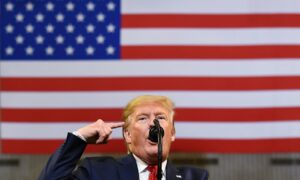 I sought repeatedly during the 2016 presidential campaign and thereafter to drive home a fundamental point about Donald John Trump.

It is that the current president of the United States had contributed not a single moment of his adult life to public service, that his entire mission in life was focused solely on self-enrichment, self-aggrandizement, self-promotion.

I am saddened to declare that I believe many millions of Americans’ worst fears about this president have come true.

A new book, “Very Stable Genius,” appears to confirm what this blog has sought to put forth. Donald Trump’s presidency is built on one premise: to do whatever is necessary to boost the fortunes of the president of the United States.

I’ve read a few excerpts of the book, written by Washington Post reporters Carol Leonnig and Philip Rucker. I plan to purchase it when it goes on sale this week.

The book reportedly bristles with reporting about examples of the president dismissing the advice and counsel of his key advisers. He ignores and disparages the military commanders who surround him. He handles his own communications operation. He listens to no one. Trump relies only on his own instincts.

The president’s attention span is reportedly comparable to that of a gnat. He doesn’t read. He doesn’t study. He doesn’t learn. Donald Trump doesn’t ask probing questions.

As I have sought to lay out there from this platform, the man elected three years ago to the only public office he has ever sought has not grown into the office. Trump hasn’t learned anything about governance.

Leonnig and Rucker reportedly have revealed what many of us have believed all along. I am not going to say “I told you so,” but by golly, the temptation to do so surely exists.

Oh well. I guess I just did.