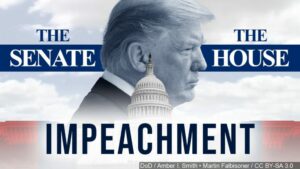 The U.S. House Intelligence Committee has done its job. It has produced evidence to persuade millions of Americans — including me — that Donald Trump deserves to be the third president to be impeached by the House of Representatives.

So, with that I believe it is time for the House Judiciary Committee to begin drafting articles of impeachment. Then then panel needs to air it out in public, take a vote and if most of panel members agree with the articles to submit them to the full House for a vote.

Donald Trump has sullied the presidency, has committed violations of his oath, has committed impeachable acts … in my view! I know, there are others who think differently, which gets me to why I believe the time has arrived to get this matter settled.

After all we heard, the Republican resistance to impeachment seemingly has stiffened. If the GOP members of the House aren’t persuaded now to impeach this criminally negligent president, then they won’t be persuaded by anyone else who could come forward.

Almost anyone who has paid attention to this matter understands that it likely will be a partisan vote to impeach Trump in the House; there might be one or two Democrats who’ll vote “no.”

There might be a House vote completed by Christmas. Then it goes to the Senate, where the GOP resistance to doing the right thing is just as fierce as it is in the House.

Trump isn’t likely to be convicted in the Senate trial. Let’s put these individuals, all 535 of them in both legislative chambers, on the record. Do they endorse impeachment or do they oppose it? Put another way, do they stand for the Constitution or do they stand for the man who occupies the office of president, who in my mind has violated his oath to defend and protect it?

We must not have this Senate trial collide with the presidential election campaign. Several members of the Senate are running for president. They need to devote their energy to their effort to win their party’s nomination. Sure, they have a duty to administer justice in an impeachment trial. Let them do that duty and then release them to the campaign trail.

When should all this be completed? Hey, let’s try for, say, Easter.

We need not drag this process out any longer.

Let’s get on with it. Then let’s have that presidential — and congressional — election.