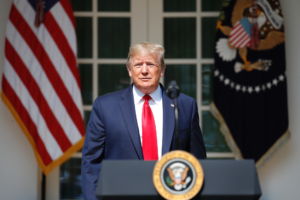 I was glad to see Donald Trump sign an important piece of legislation into law this week, the bill that extends medical assistance to 9/11 first responders for the next several decades.

He did so in a White House ceremony under bright sunshine. Sitting before him were many of the firefighters, medical personnel and police officers who rushed into the infernos — in New York and Washington — on that terrible morning nearly 18 years ago. 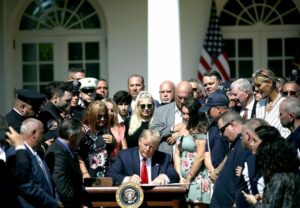 Trump did something that has become almost a standard part of his performance as president of the United States. He sought to insert himself into an event in which he played no role. Perhaps you heard him during the bill-signing ceremony.

He talked about going to Ground Zero in Lower Manhattan, hobnobbing with the first responders. He said he was “there,” but refrained from calling himself a “first responder.”

In truth, Donald Trump was not there. Reports surfaced immediately after the ceremony from New York fire officials who disputed Trump’s assertion that he was present in the rubble where the Twin Towers once stood. He was nowhere in sight, they said.

Trump did call a New York media outlet to tell reporters that Trump Tower was the tallest building in the city once the World Trade Center collapsed from the damage caused by the hijacked jetliners crashing into the towers.

This is the kind of behavior that is utterly reprehensible, so blatantly phony that it defies my ability to comprehend how this man gets away with it … time and again! I mean, for crying out loud, he didn’t even lift a finger to win congressional approval of the bill he signed into law.

He once claimed falsely that he watched “thousands and thousands of people cheer” while the Twin Towers burned and fell on 9/11. He said he lost “many friends” in the towers. Now he says he was present at Ground Zero while police, firefighters and medical officials did their grim job. He lied every single time.

This man cannot cease making himself part of whatever story is being told, no matter how tragic. A president needs to exhibit compassion, empathy and authentic humanity in these times. Donald Trump is utterly, categorically incapable of demonstrating any of those traits.

The president showed us yet again his absolute unfitness for the job.