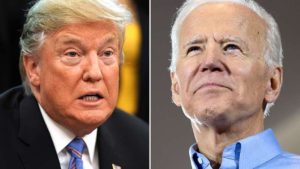 Here’s a bet I’m willing to make: If Joe Biden becomes the 2020 Democratic Party presidential nominee, he will not discuss the bone spurs that kept Donald Trump out of military service during the Vietnam War.

Why? It turns out the former vice president has a potentially dubious medical deferment issue of his own. It appears that childhood asthma kept the ex-VP from being drafted into the military during the war. He had a 1-Y deferment, which disqualified him from the draft.

Now, is it more real, more legitimate than the bone spurs that Trump claimed to have while he was getting those multiple deferments back in the old days? I don’t know.

Veterans across the country, though, are looking at the field of Democrats running for their party’s nomination. Of the whole lot of them, we have three vets seeking the presidency: Pete Buttigieg, a Navy reserve officer who served in Afghanistan, Tulsi Gabbard, who served with the Hawaii Army National Guard in Afghanistan as well as in Kuwait and Seth Moulton, a Marine who also saw service in Iraq and Afghanistan.

To be honest, this veteran — as in me — hasn’t made military service a determining factor in deciding for whom to vote for president. Heck, I voted for a draft-dodger twice, in 1992 and 1996. Yes, Bill Clinton’s clumsy explanation about not remembering getting a draft notice didn’t go down well with me, nor with other veterans. I feel confident in disclosing that those who did get a draft notice never “forget” that moment.

However, it didn’t deter me from voting for him for president.

Trump’s deferments do seem phony. He also continues to blather about hypotheticals involving that time. He said recently would have been “honored” to serve. Hmm. And this individual who lies about everything at every opportunity no matter its significance expects me to believe that?

I’ll just stand by my wager that Joe Biden damn sure should steer far away from this military service matter if he intends (a) to be nominated by Democrats and (b) then defeat Donald Trump.

The field is full of issues to raise against the president that have nothing to do with bone spurs, the Vietnam War and medical deferments.