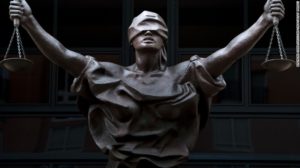 I get that special counsel Robert Mueller III has declined to declare that Donald Trump obstructed justice in the search for what happened when Russian attacked our electoral system in 2016.

I have pledged to accept the special counsel’s findings. And I do!

But . . . Americans need to see what made him make that determination. We need to be able to assess for ourselves why Mueller, a good man and a meticulous prosecutor, concluded that there was insufficient evidence to make a formal complaint that he obstructed justice.

Let’s look at what we know so far.

We do know that Mueller — according to Attorney General William Barr — has not “exonerated” Trump from any obstruction of justice accusation. He didn’t have enough evidence, again according to the AG, to accuse him formally, either.

We need to see the special counsel’s findings for ourselves.

What have a record already of Trump saying things that suggest obstruction of justice. It well might fall on Congress ultimately to decide whether he intended to do that very thing when he canned the FBI director.