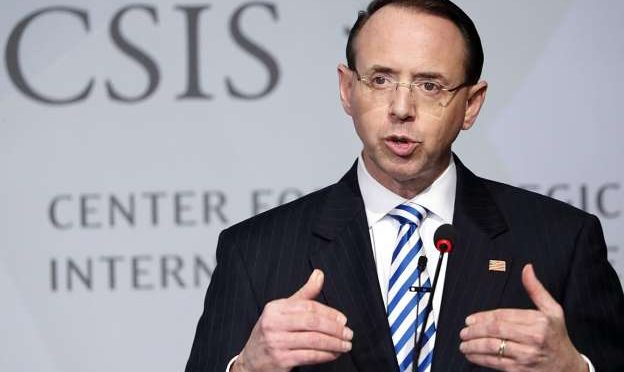 I am glad to hear the news that Deputy U.S. Attorney General Rod Rosenstein is staying at his post for a while longer.

I’ve heard the term “heat shield” applied to Rosenstein’s presence near the top of the Justice Department chain of command. It’s an apt term.

Rosenstein appointed Robert Mueller to the post of special counsel to look into allegations of collusion between the Donald Trump presidential campaign and Russian operatives who interfered with our election in 2016.

Then-AG Jeff Sessions recused himself from the Russia matter. Why? Because he worked on the Trump campaign and he knew he could not investigate himself. He followed DOJ rules and regs and infuriated Trump in the process. Trump then fired Sessions.

William Barr is the new attorney general. Mueller is finishing his investigation.

Rosenstein needs to stay on his watch to help ensure that Mueller is allowed to finish his task under his own power.

I trust AG Barr to allow Mueller to do his work. However, the special counsel — who has impeccable credentials — cannot have too many eyes keeping tabs to ensure it’s all done correctly, ethically and transparently.