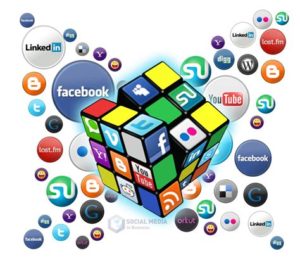 Instead, I tend to qualify my observations by suggesting that “I won’t be surprised if . . . “ something happens.

So, here goes. I will not be surprised in the least if the next presidential campaign features a social media brawl the likes of which we’ve never seen.

I get that social media are a relatively new phenomenon in today’s political world. However, it stands to reason to conclude that the president of the United States, Donald John Trump, will unleash a social media torrent against all the foes who will be running against him. The irony of such a thing happening is ironic in the extreme.

Here’s why: First lady Melania Trump has declared her mission is to eliminate cyberbullying. I like the cause. It’s noble. It’s worth fighting.

She needs to start with her husband. Donald Trump is the “Cyber Bully in Chief.” He’s proud of his Twitter prowess, despite his mangled syntax and his overuse of capital letters. He uses Twitter as a weapon. Yes, he has “weaponized” social media to the extent that he can use Twitter to hurl insults and innuendo, to threaten and coerce his foes.

I know the first lady’s major beneficiaries are intended to be children who are victimized by bullies. Still, her husband’s (mis)use of Twitter needs attention, too.

I expect the president to use Twitter to disparage his opponents at every level possible. He will use it with cruelty. Trump will be savage. He won’t back down. Trump never will apologize. Why should he? His base will cheer him on!

That’s all he cares to know. Will it please the base?

Get ready for the bloodiest political fight we’ve ever seen.