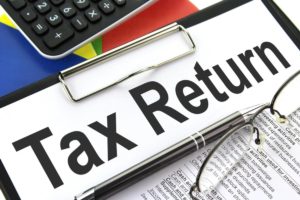 One of them involved Donald J. Trump’s tax returns.

Cohen talked to the committee about his role as a public spokesman for Trump, for whom he worked for a decade. The issue of the president’s tax returns came up during the campaign.

Trump decided to buck a political tradition established four decades ago. He didn’t release those returns, unlike other presidents and presidential candidates.

He said the Internal Revenue Service was auditing his tax returns. It’s all normal, he said. That was three years ago!

Cohen told House committee members that he sought from Trump a copy of the letter from the IRS informing him of the audit. None was forthcoming.

And that brings me to the point: I do not believe Trump was being audited by the IRS. He hasn’t produced any sort of document telling us that the IRS was auditing him. I believe he made the “audit” pretext up.

He lied about it!

Cohen was seeking to do the job for which Trump hired him, which was to fend off questions about the audit. Cohen sought some documentation to substantiate what he was telling the media about his boss’s tax returns. He didn’t see anything.

Does that tell you — as it tells me — that Donald Trump fabricated the audit as a ruse to keep the tax returns away from public view?

So, there’s the question: What is this man hiding from us?