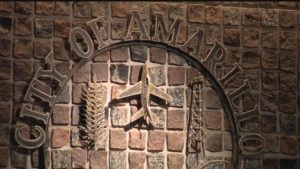 I understand that all five members of the Amarillo City Council are facing challenges this election cycle.

To which I must proclaim: Good deal!

Incumbent officeholders occasionally become afflicted with a certain sense of entitlement. I don’t know if that’s the case with the five Amarillo council members. Frankly, I don’t know any of them all that well. I guess the council member I know best is Freda Powell, and I cannot really say I “know” that much about her.

But they all have challengers, all of whom I presume believe they can do a better job of governing the city of Amarillo.

That remains to be seen.

Still, the notion that the incumbents are going to be forced to defend their record is a good thing for a city historically suffers from abysmal local election turnout. It dips at times into single digits, which cannot possibly produce any kind of “mandate” for the candidates who win these contests.

The 2019 municipal election might develop into a series of contests worth watching.

I’m watching this election from some distance this year. I have moved away from Amarillo, but I remain deeply interested in the city’s future. I happen to believe it is moving forward briskly and I credit the City Council for the progress the city is exhibiting.

I understand there’s been some tumult relating to public comments allowed at City Council meetings. The council, as I understand it, has sought to maintain a civil tone among the comments allowed by the public. That effort seems to have riled some constituents and they have responded at times rather angrily . . . which I guess might validate the council’s effort, yes?

Amarillo’s entire City Council stands for election every other year. All five incumbents have to make the case to voters. If they are unopposed, they have no case to make, given that no one is challenging their performance in public office.

That’s not so in 2019. Representative democracy also is better served when challengers step forward to have their voice heard and they seek to make the case they can do better.

So, let the debate commence.