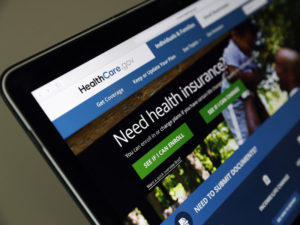 Donald Trump, obviously, is happy that a Texas-based federal judge has declared the Affordable Care Act to be unconstitutional.

However, are his fellow Republicans thrilled with Judge Reed O’Connor’s wide-ranging ruling? Not . . . exactly.

Many GOP congressional candidates campaigned for election and re-election in this year’s midterm election promising to protect one of the ACA’s key provisions: to cover “pre-existing” medical conditions for those who have purchased insurance under the landmark legislation.

But the judge said the ACA violates the Constitution because of legislation that stripped out the individual mandate provision, which requires Americans to have insurance or else face civil penalties. You can’t do that, Judge O’Connor said.

U.S. Sens. John Cornyn and Ted Cruz, two Texas Republicans, have remained quiet about the ruling. So has Texas Gov. Greg Abbott. You’d think they would join the president in extolling the decision.

Here’s the deal, though: The ACA remains popular among Americans. National Public Radio reports that a Kaiser Family Foundation poll declares that 53 percent of Americans like the ACA. What’s more, the U.S. Supreme Court already upheld the legislation enacted in 2010 during President Obama’s first term and stands as the former president’s landmark domestic legislative triumph.

So, what are GOP politicians going to do? Will they buy into the judge’s ruling and then try to explain to voters why they campaigned in favor of key ACA provisions?

This matter surely is headed for an appeal that well could end up in front of the nation’s highest court eventually. A single judge’s ruling isn’t likely to pull the plug on the ACA; it will remain in effect until a higher court makes the definitive decision.

The nation’s Republican politicians, though, now find themselves squirming and wiggling for ways to justify what they said on the campaign trail while praising a judge’s decision to scrap the Affordable Care Act.