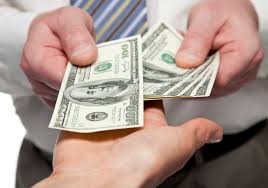 Wouldn’t you know it?

Among the first things that crossed my mind when I heard about The New York Times’s in-depth look at how Donald Trump obtained his wealth dealt with those mysterious tax returns that no one has seen.

That’s right. The president who defied political tradition dating back to 1976 continues to keep his tax returns from public scrutiny. He said while running for office in 2016 that he was being audited by the Internal Revenue Service. Every presidential candidate going back four decades has released their tax returns for public review.

Why is that relevant today? Because the NY Times’s investigation revealed that a much younger Donald Trump used possibly illegal tax “schemes” to his financial advantage while he was taking many millions of dollars from his late father, Fred Trump, who helped him build his real estate empire.

So … the question persists: When are we going to see those tax returns, Mr. President?

I know he’s not going to release them unless someone orders it. I also believe the IRS audit is a sham, a dodge that Trump used as a pretext to keep the returns hidden from public review. The IRS doesn’t comment on specific audits, but it also has said an audit doesn’t preclude a public official from releasing them.

Meanwhile, we have this lengthy newspaper report that goes into excruciating detail how Donald Trump and his father possibly gamed the tax system to their financial advantage.

The Times story is a long one. It’s worth your time if you want to take a peek into how a future president of the United States built his financial empire in a way that contradicts his own statements that he scaled the mountain all by himself.

He didn’t. He had lots of help from his father … and possibly from the federal tax system.

We cannot talk to Fred Trump, given that he’s no longer with us. The public, though, can get a good look at those tax returns to draw its own conclusions about how Donald Trump got his start in the rough-and-tumble world of business.