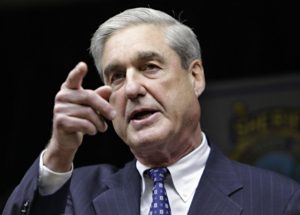 Bill Frist needs to be heard and heeded.

The former U.S. Senate majority leader worries that the Republican Party he served on Capitol Hill has become something foreign, something he doesn’t recognize.

He has written an essay for the Washington Post in which he says it is imperative to let special counsel Robert Mueller to complete his investigation into whether the Donald Trump campaign “colluded” with Russians who meddled in our 2016 election.

Frist, a heart and lung transplant surgeon, doesn’t believe Trump’s campaign colluded with the Russians. Nor does he suggest the Senate where he served lacked partisanship. He does say that it was his belief that politicians should put patriotism above party.

He suggests that’s not the case at this moment in our history. It’s dangerous in the extreme to undermine Mueller, Frist writes: Every American should be rooting for Mueller’s success in determining precisely how Russia interfered in our fundamental democratic process. I had no illusions about the Soviet Union during the Cold War, and I have none about Putin now. Mueller’s most recent court filings indicate that Putin is seeking to meddle in this year’s elections. Secretary of State Mike Pompeo, Director of National Intelligence Daniel Coats and FBI Director Christopher A. Wray — all Trump appointees confirmed by the Republican-led Senate — have also warned of foreign interference. We should heed these warnings and empower Mueller to see his important work through to its conclusion.

The president is intent on derailing Mueller. Indeed, to the extent that Mueller is under such attack by fellow Republicans, it looks to me that Putin has succeeded in undermining our electoral process.

And please … spare me the notion that Bill Frist is a Republican In Name Only. He is no such creature.

Dr. Frist served his country with honor and distinction. Did I agree with every decision he ever made? No. However, he is speaking a fundamental truth about the deteriorating condition of our national political discourse.

Listen to this man!

As he has written: No matter who is in the White House, we Republicans must stand up for the sanctity of our democracy and the rule of law.