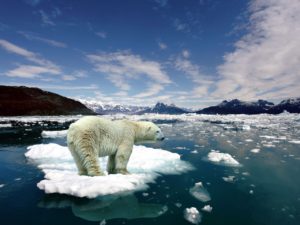 I was among the millions of Americans who cheered the news that Scott Pruitt had resigned as Environmental Protection Agency administrator.

His corruption and utter lack of ethical conduct became unbearable. I also am astounded that he didn’t get the boot long ago. Then again, he did work in an administration led by Donald John Trump Sr., so maybe I shouldn’t have been surprised.

OK, so Scott Pruitt is gone.

Is that reason to continue cheering? Hardly. EPA remains an agency under siege. Donald Trump has declared climate change to be a “hoax” concocted by China and other economic powers that want to undermine the U.S. fossil fuel industry.

To think for a moment or two that such idiocy comes from a man who admits that he doesn’t read much. He relies on TV news talk shows to inform him. He once said he knows “more about ISIS than the generals.”

So, the president who denies the existence of climate change is able to appoint EPA bosses who adhere to his nonsensical point of view. That’s what he did when he asked Pruitt, the former Oklahoma attorney general who took great delight in suing the Obama administration over environmental rules and regulations.

It might be that Trump — who likely didn’t even know Pruitt when he selected him — was unaware he was appointing an ethical slug to run the EPA.

The man in charge of EPA at this moment is deputy administrator Andrew Wheeler, who comes from the coal industry. I don’t know much about Wheeler, so I cannot comment directly about what he’ll do. I feel comfortable, though, in believing that if he signs on to run the EPA in a Donald Trump administration, he likely adheres to the climate change view espoused by the Big Man.

Am I still cheering Scott Pruitt’s departure from EPA?