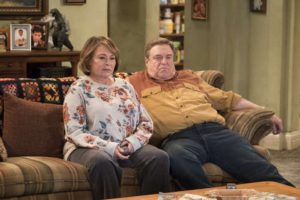 Roseanne Barr now has managed to offend both ends of the wide political spectrum.

Years ago, she took the field at the start of an athletic event to offer a horrendous rendition of “The Star Spangled Banner.” Many of us have heard her “singing” of the anthem. We weren’t pleased. It wasn’t funny. Conservatives were outraged.

Ahh, but the comic wasn’t done. Today she posted a tweet in which she offered a racist reference to Valerie Jarrett, a former senior policy adviser to President Barack Obama.

She wrote: “muslim brotherhood & planet of the apes had a baby=vj.”

As for ABC’s decision to cancel the show, well, I don’t much care one way or the other. I didn’t watch the show 30 years ago; I didn’t watch its return. I had heard about Roseanne Barr’s pro-Donald Trump tilt and about her TV character’s similar leanings. Honest to goodness, that didn’t bother me in the least.

Racist rants from public figures? They bother me. A lot.