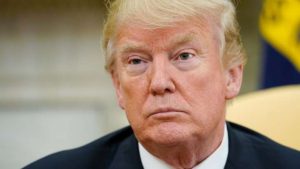 I thought it would be worthwhile to look back a bit in the wake of the Dr. Ronny Jackson nomination to become head of the Department of Veterans Affairs. Dr. Jackson is a fine physician who has a good rapport with the president, which seems to be the major — perhaps the only — reason Trump selected him to lead the VA. He has no experience in leading an agency of such size and importance. His nomination is in dire peril over allegations of drinking on the job and over-prescribing of medicine.

Is there a pattern here? Sure there is. The fellow who nominated all of them to their high offices has no political/government/public service either.

The first public office the president of the United States ever sought was the one he occupies at this moment. He has no experience in government. None in public service.

He doesn’t know a damn thing about the value of public service, nor does he seem to appreciate why people serve the public.

There will be more drama and chaos to come. Of that I am certain.