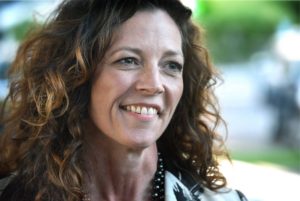 I am quite certain that damn few Amarillo residents knew the name of Tony Tinderholt until he decided to stick his nose into an Amarillo City Hall dustup over whether residents can applaud during City Council meetings.

Tinderholt is a Republican state representative from Arlington. Oh, and he’s also a golden boy associated with Empower Texans, a far-right-wing political action group that decided to become involved in a couple of Texas Panhandle GOP legislative primary races this spring.

Empower Texans had its head — and other body parts — handed to it when Panhandle Republican voters essentially re-elected state Sen. Kel Seliger and state Rep. Four Price, both of them Amarillo Republicans.

Tinderholt has decided to pressure Amarillo Mayor Ginger Nelson into rethinking her decision to restrict clapping at council meetings.

I won’t get into the merits of Nelson’s decision. I’m sitting out here in the peanut gallery and am out of the loop on the details of what transpired when Nelson kicked a constituent out of a council meeting. I will say only that Nelson perhaps overreacted in the moment, but has tried to explain — in the wake of some local criticism — that she has a keen understanding and appreciation of the First Amendment and its guarantees of free speech and all that kind of thing.

I am struck by the idea that a state representative from far away would want to meddle in a matter that should be settled by the folks who live here and who are elected to govern a community’s affairs.

It’s interesting, too, that Tinderholt would be affiliated with a group, Empower Texans, that sought to dictate to Panhandle residents how they should vote. The Texas Panhandle took care of its business quite nicely despite the pressure being brought to bear on this region from Empower Texans.

So, to Rep. Tinderholt and Empower Texans, I just have this modest rejoinder: Butt out!