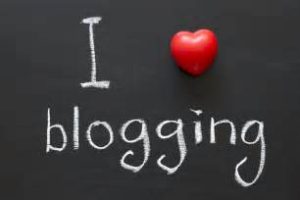 I have become “acquainted” with trolls.

They aren’t my favorite audience members. They seem to lurk out there, waiting for my posts to appear. Then they pounce with negative responses.

I don’t mind the negativity if it is based on principled arguments to substantiate their point. I do mind the pointed barbs that contribute nothing to current discourse.

I’ve been reluctant to comment on them because, well, because I don’t want to encourage other trolls.

Recently, I took the rare step of blocking one of them. He and I aren’t connected on any social medium. He just kept chirping about issues on which I would comment. Then he got into name-calling, challenging my intelligence while remarking about how my posts were a “waste” of his time, which I presume is of great value to him.

So I cut him off.

Recently, another frequent critic of High Plains Blogger apparently has decided to block me. Imagine that, will ya? This individual is a fervent supporter of Donald John Trump Sr. She took supreme offense at my constant carping against the president.

This individual — and I reluctantly use the term “troll” here — is an actual acquaintance of mine. But I guess I have to describe this person as a classic “troll” as it has been used to define certain Internet users.

I found this description via Wikipedia: In Internet slang, a troll (/ˈtroʊl/, /ˈtrɒl/) is a person who sows discord on the Internet by starting quarrels or upsetting people, by posting inflammatory,[1] extraneous, or off-topic messages in an online community (such as a newsgroup, forum, chat room, or blog) with the intent of provoking readers into an emotional response[2] or of otherwise disrupting normal, on-topic discussion,[3] often for the troll’s amusement.

Yep. That describes the individual who blocked me. This person would engage in some heated back-and-forth with other readers of this blog, arguing just for the sake of arguing.

I won’t lose a wink of sleep over getting blocked by this person, because I am acutely aware that there will be others who’ll step up to take the place of any such “troll” who drops off this blog’s grid.

Oh, just so you know, I still love writing this blog.