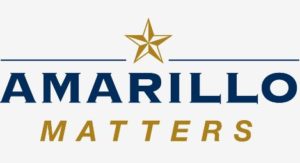 A political action group emerged from nowhere earlier this year. It called itself Amarillo Matters. Its mission, as I understand it, was to elect a slate of candidates to the City Council.

It succeeded. This past spring, voters flipped the entire five-member council, electing five newbies. Amarillo Matters then seemingly packed its bags, and its members went back to whatever they were doing before they formed this political action committee.

They were mostly successful businessmen and women. Their agenda included electing individuals who shared their pro-business tilt. Hey, I have no problem with that.

There’s been some success in the months since the new council members took office. Chief among them is the landing of that AA minor-league baseball franchise that is relocating to Amarillo from San Antonio and will play baseball at the new ballpark that will be built in downtown Amarillo; they’ll toss the first pitch in April 2019.

But what has become of Amarillo Matters? It’s no longer garnering headlines, or any discussion on local broadcast media. I looked at its website this evening. It’s still up. AM has a link where one can contribute money; I am not giving them any dough.

I’ve written plenty about them already:

Given that I am unplugged from most of what’s going on at City Hall these days, I am left to use this blog to pose questions about some of the community’s key players.

I consider Amarillo Matters to be an important cog in the city’s civic machinery. I know many of the folks who formed the PAC’s leadership team earlier this year. I respect them, too.

I hope it hasn’t become what the Amarillo Millennial Movement turned out to be: a flash in the pan. AMM formed to promote the approval of the ballpark in the November 2015 municipal referendum. The measure passed — and AMM then vanished, vaporized, disappeared. Yes, I am aware that the AMM comprised essentially one individual, a young woman who moved to Fort Worth. But you get my point, yes?

Amarillo Matters, where are you and what are you doing to make sure that that Amarillo still, um, matters?

One thought on “Just wondering: Amarillo Matters … where is it?”