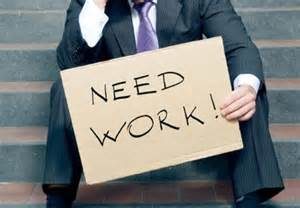 Donald J. Trump was all too quick while running for president to denigrate the nation’s stellar job growth during the final months of Barack H. Obama’s administration.

A couple hundred thousand jobs added to non-farm private payrolls during a given month? The number are phony, Trump would proclaim. The Labor Department is cooking the books, he would allege with no proof. The “real jobless rate” is something like 40 percent, he’d bellow.

OK. Today, the Labor Department came out with some dismal jobs numbers: employers shed 33,000 jobs in September. Yes, the jobless rate fell to 4.2 percent, which is pretty darn low!

Still, the job losses aren’t the president’s fault. Really. They aren’t. Economists blame the job loss on business shuttering in the wake of Hurricanes Harvey and Irma. The hospitality industry was particularly hard hit along the Texas coast and throughout Florida, they said.

The good news is that the jobs are likely to rebound in the weeks ahead as Texas and Florida continue to recover, albeit slowly, from the savage beatings delivered by Harvey and Irma.

There’s no particular moral to this item, other than the jobs report issued today is no more “cooked” or “made up” than they were when they were reporting much happier economic news.

Let’s also remember that not even this president — the self-proclaimed “very smart person” who surrounds himself with “the best people” — can prevent nature’s wrath from damaging the nation’s business structure.