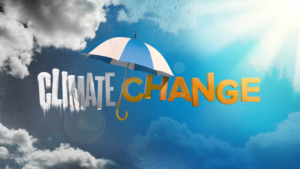 Believe it or disbelieve it if you wish. When the water recedes along the Texas Gulf Coast and when authorities can account for all the victims and the repair begins to reconstruct thousands of shattered lives from Corpus Christi to the Golden Triangle, there will be a need for a serious discussion.

As this item is being posted, Hurricane/Tropical Storm Harvey has just buried the Texas coast under more than 51 inches of rain. It’s the largest single-event amount of rain ever to fall on the continental United States of America. More is on the way.

For the life of me I am having difficulty understanding where all that water is going to go. The topography along the Gulf Coast is flat; the ground is full of water even when the air is dry; the land rises to a “height” of roughly 30 feet above sea level, meaning that the water isn’t going to travel rapidly toward the Gulf of Mexico or seep quickly into the ground.

The normal “steering currents” that guide these hurricanes over land didn’t materialize with Harvey. The storm crashed ashore and then stayed there. It then backed out over the Gulf of Mexico and is set to deliver another deluge farther up the coast.

It’s fair to ask: Did climate change — or global warming — contribute to this catastrophe?

The Gulf already is one of the warmest bodies of salt water on Earth. Its temperature reportedly was even warmer than it is historically, giving Harvey additional fuel to gather up to deliver to the victims awaiting the storm’s arrival.

Climate change deniers do not contribute to the discussion that needs to take place. The new head of the Environmental Protection Agency, Scott Pruitt, denies the existence of climate change. So does the president of the United States, Donald Trump, who calls it a “hoax.”

We can debate among ourselves about the cause of the changing climate. I happen to believe that human activity has contributed to it, but that’s just my opinion … for whatever the hell it’s worth.

We must not deny the existence of a change in Earth’s climate, or that the planet’s annual average temperature is warming up. These events have consequences. They are dire. They are tragic.

We’ll need to get to work in due course to put people’s lives back together after the storm clouds lift. The sun will shine again.

However, let us then take part in a meaningful international discussion about how humankind can repair what it has done to the only planet we have.