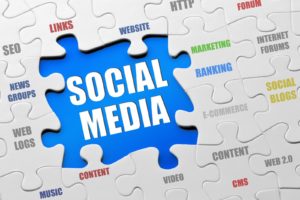 Mr. President: Your bullying hasn’t worked before and it won’t work now. No one is above the law.

— U.S. Sen. Richard Blumenthal, responding via Twitter to social media attacks from the president of the United States

There you have it. The president is using Twitter to “bully” a member of the U.S. Senate.

Donald Trump tweeted some intensely personal criticism of Blumenthal, a Connecticut Democrat, over the senator’s remarks this past weekend regarding the special counsel’s investigation of Russia’s efforts to influence our 2016 election.

Trump responded by calling Blumenthal a Vietnam War con man, referring to when Blumenthal was caught in 2010 fabricating stories about how he served “in Vietnam” during the war. He didn’t and apologized for the misleading statements he made saying that he had served “in country.”

Cyber bullying anyone? There it is.

Which brings me back to another point I’ve made already. First lady Melania Trump wants to make cyber bullying her signature effort as long as she and her husband occupy their respective titles. It’s a noble cause and I’ve applauded the first lady for bringing attention to the issue of cyber bullying, particularly among children.

However, Melania, you do need to start the campaign right at home, in the “dump” where you live part time with your husband, the White House.

Seriously, Mme. First Lady. Take your husband aside, reprimand him sternly and get him to stop using social media as a weapon with which he insults and bullies his political opponents.