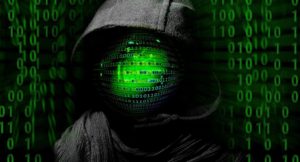 Donald J. Trump tweeted the following, apparently early this morning: “Russian officials must be laughing at the U.S. & how a lame excuse for why the Dems lost the election has taken over the Fake News.”

It’s rare that I agree with the president, but I have to endorse part of the message he fired off today.

They’re laughing at us, Mr. President … just not for the reason you tried to articulate in this nonsensical Twitter message.

The Russians are laughing at the chaos they have created by hacking into our electoral system and by seeking to swing the 2016 presidential election in Trump’s favor.

To be fair, nothing has been proven — yet — about what they might have accomplished. However, every intelligence agency and expert in many countries agree with the premise that the Russians tried to influence the election.

Look at what has happened since Trump took the presidential oath.

The FBI has said it is investigating whether the Trump team colluded with the Russians; the president’s son-in-law has become the subject of another probe; the Justice Department has appointed a special counsel to examine the “Russia thing”; Attorney General Jeff Sessions has recused himself from anything to do with Russia; Michael Flynn was fired as national security adviser because he lied about his own Russian contacts.

They also might be chuckling and chortling over the president’s refusal to call the Russians out publicly for what all those intelligence agencies have concluded about their meddlesome ways.

Are the Russians laughing at us? You’re damn right they are!